First there is the term PGA - Professional Golfers Association
It is part of names many other organisations for professional golfers. 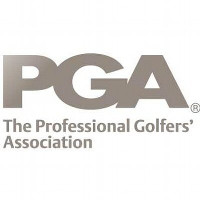 The PGA: The PGA responsible for Great Britain and Ireland is taking its right to be named only as "The PGA" (legal name: The Professional Golfers' Association Limited) and reasones this with the fact, that they are the oldest PGA.
The PGA was founded in 1901 and has its headquarter at the legendary The Belfry in Birmingham, Great Britain. The number of members in the worlds oldest golf organisation is currently at round about 9000 professionals in 7 different regions. There is also the WPGA - the organisation of the female profesionals in Great Britain and Ireland. 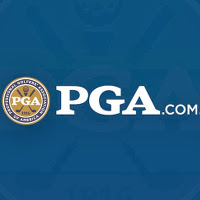 The PGA of America is the golfs sport organisation of the United States of America and is organizer of the PGA Championships and the PGA TOUR. It currently has round about 28.000 members seperated in 41 sections and is therefore the worlds biggest employee organisation in sports.
On January, 16th 1916 Rodman Wanamaker - a big player in the department store sector - called for a meeting with some professional and also some amateur golfers in New York City. Purpose of the meeting was the founding of an organisation to promote the sale of golf equipment. 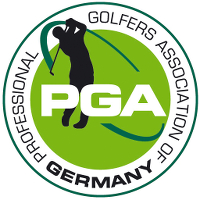 PGA of Germany is the german sport organisation for professenial golfers. Currently there are more than 1900 members in 9 sections.
In 1927 the organisation got founded under the name "Deutscher Golflehrer-Verband e.V." in Munich. 1995 it got renamed to PGA of Germany.
The famous german professional is Bernhard Langer, who became the first german golfer with international success. He belongs to the "Big Five" of golf. A group of world class golfers, which all were born within 12 months, won at least one mayor and made Europe at the Ryder Cup competitive again.
The second is Martin Kaymer. The 1984 born german from Mettmann made his international debut in 2008 at the European Tour. In the year of 2010 he won with the PGA Championship as the second german ever a mayor tournament.

The tours of PGA

Originally these organisations were reponsible for professionals in golf. The fact that the money amounts grew more and more in the event of the tournaments, some regional associations decided to establish an organisation that is responsible only for the Playing Professionals.These usually carry the name "Tour" additionally in the name.
The two biggest are the PGA Tour and the PGA European Tour.

The PGA-Tour is an organisation with its headquarters in Ponte Vedra Beach, Florida, USA. It operates the most important golf tour of the United States of America in 3 levels:

The PGA Tour with its prize money from over 270 million US-$ (as of 2010) is the most highly doped tournament series of the world.

The European Tour is the operator of the three leading professional golf tournament series in europe with its headquarter in Wentworth Club in Virginia Water, Surrey, Great Britain.

Since 2009 there is the Race to Dubai as a big final of the best at the European Tour. All professional golfers at the European Tour, which competed in tournaments relevant to money gaming, will be led with their commuted prize money in this ranking list. The best 60 players will then be qualified for the DP World Tour Championship, Dubai im Jumeirah Golf Estates in Dubai. A tournament with the highest doped prize money every year at the end of the season.

There are many manufacturers in golf sports

A collection of interesting and related videos.